Famous Ugandan Watoto Children’s Choir went on tour to the US and Canada two weeks ago, now five members have tested positive for the coronavirus.

The 11 included members of the famous Watoto Children’s Choir.

According to a statement from the choir on Tuesday, two of its teams had returned from the US and Canada two weeks ago.

Both choirs were then quarantined on arrival at Government approved facilities in Entebbe, Uganda since March 20, 2020.

“One adult tested positive for the virus on March 27 and was immediately isolated from the rest,” the statement read in part.

Upon further testing, three more adults and one child tested positive from the same group which then prompted testing for all the remaining choir members.

As at confirmation yesterday, Uganda’s health ministry said that five members of the choir were infected and one is a contact of a previously confirmed case.

The choir often tours countries like the United States, Canada and the United Kingdom.

Safaricom is today marking the start of a new era as Peter Ndegwa takes up the reins, becoming the first indigenous Kenyan chief executive of the telco.

He officially takes over from founding CEO Michael Joseph, who made a comeback in acting capacity last July after the death of former boss Bob Collymore on July 1.

Safaricom board of directors announced Ndegwa’s appointment on October 24 last year, with his term commencing on April 1, 2020.

His profile is rich.

He joins Safaricom from Diageo PLC, where he was the managing director of Diageo Continental Europe. According to the telco’s board, Ndegwa brings a wealth of experience in general management, commercial and business strategy, and sales and finance operations, having spent more than 25 years in various roles within the financial services and fast-moving consumer goods sectors in Africa and Europe.

“We are confident that Peter will carry on our vision of transforming lives while keeping us focused on meeting our customers’ needs and holding us to our new commitment of being simple, transparent and honest,” board chairman Nicholas Ng’ang’a said.

Ndegwa is the third substantial chief executive of the company following in the footsteps of Joseph ( 2000-2010 ) and the late Collymore (November 2010-July 2019 ). He has a big shoe to fill owing to his predecessors’ success at the Nairobi Securities (NSE)-listed telco, which has remained a leading service provider, accounting for 64.8 per cent of mobile subscriptions in the country.

Its M-Pesa platform recorded the highest market share of 98.8 per cent in the second quarter of the 2019-20 financial year, the Communication Authority data released yesterday shows.

Joseph yesterday confirmed Ndegwa would be assuming his new role today despite being in self-quarantine, having come into the country from Tanzania. He has been participating in Safaricom’s meetings and engaging the board for the last two months ahead of his official duties.

“I will be with him for the next few months guiding him through. It is a slow process, but he understands the company well,” Joseph told the Star on the phone.

The firm yesterday bounced back to its over Sh1 trillion market capitalisation on the NSE as investors anticipated the change of guard.

It had moved 13.08 million shares valued at Sh1.06 trillion by 2pm, with share price strengthening towards Sh26.50 from Sh26 on Monday, an indication that investors were upbeat about the firm’s first native Kenyan CEO.

Last week, Safaricom’s share was among those hit by foreign investor flight due to the coronavirus crisis, sinking to a low of Sh23, with market capitalisation hitting below Sh900 billion.

In the country, the company has 34.1 million subscribers in a market that has a total subscription of  53.2 million – CA data. It is followed by Airtime with 14 million subscribers, Telkom (3.3 million) and Equitel with 1.7 million.

King of Thailand ‘isolates’ from coronavirus with 20 concubines

Thailand’s controversial king has taken over a luxury German hotel to isolate from the coronavirus — along with a harem of 20 women, according to reports.

His takeover made local news because hotels in the region have been forced to close to stem the spread of the deadly coronavirus. 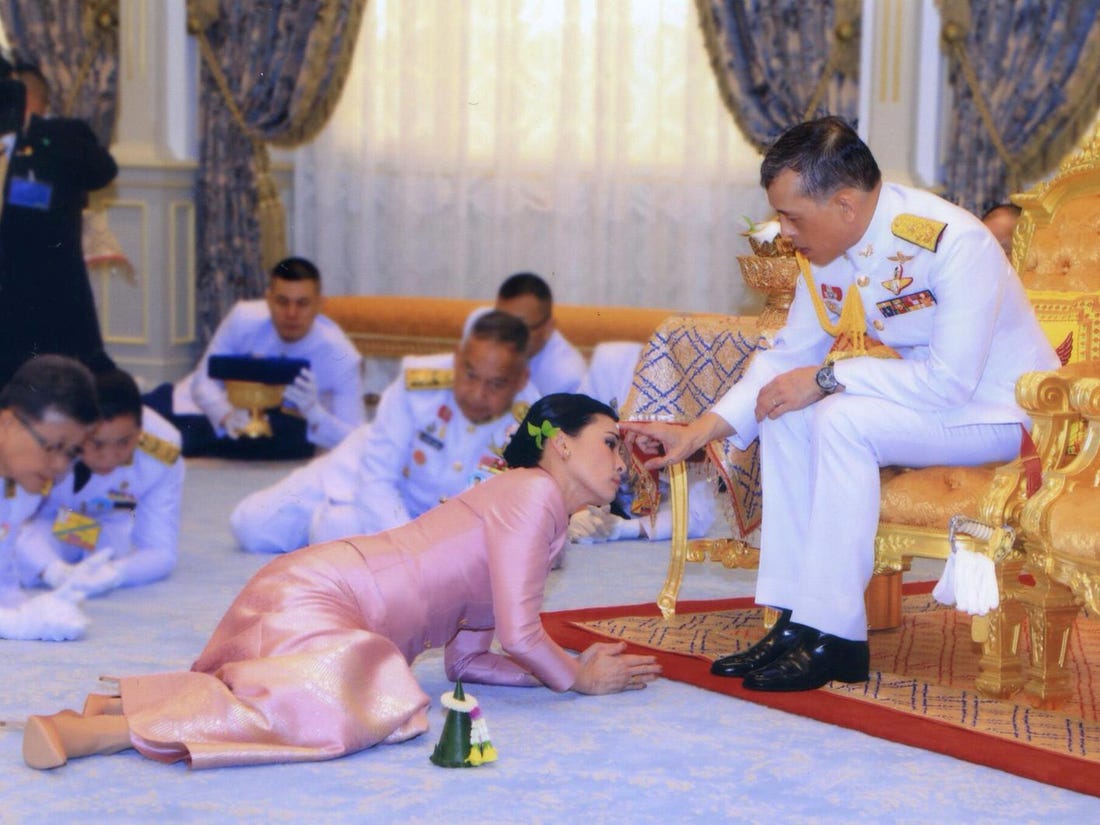 Vajiralongkorn is not thought to have made a public appearance in his country since February, the Times of London said — even as it records more than 1,500 coronavirus cases and nine deaths as of Monday, according to John Hopkins University data.

Vajiralongkorn became constitutional monarch when his father, King Bhumibol Adulyadej, died in October 2016 after 70 years on the throne.

The Thai foreign ministry and the embassy in Berlin did not respond to requests for comment from the UK Times.

Health CAS Mercy Mwagangi confirmed that nine more patients tested positive for Covid-19 bringing the total number of cases within the country to 59.

Speaking outside Afya House on Tuesday, March 31, the CAS noted that 234 samples had already been tested for the virus in the last 24 hours. 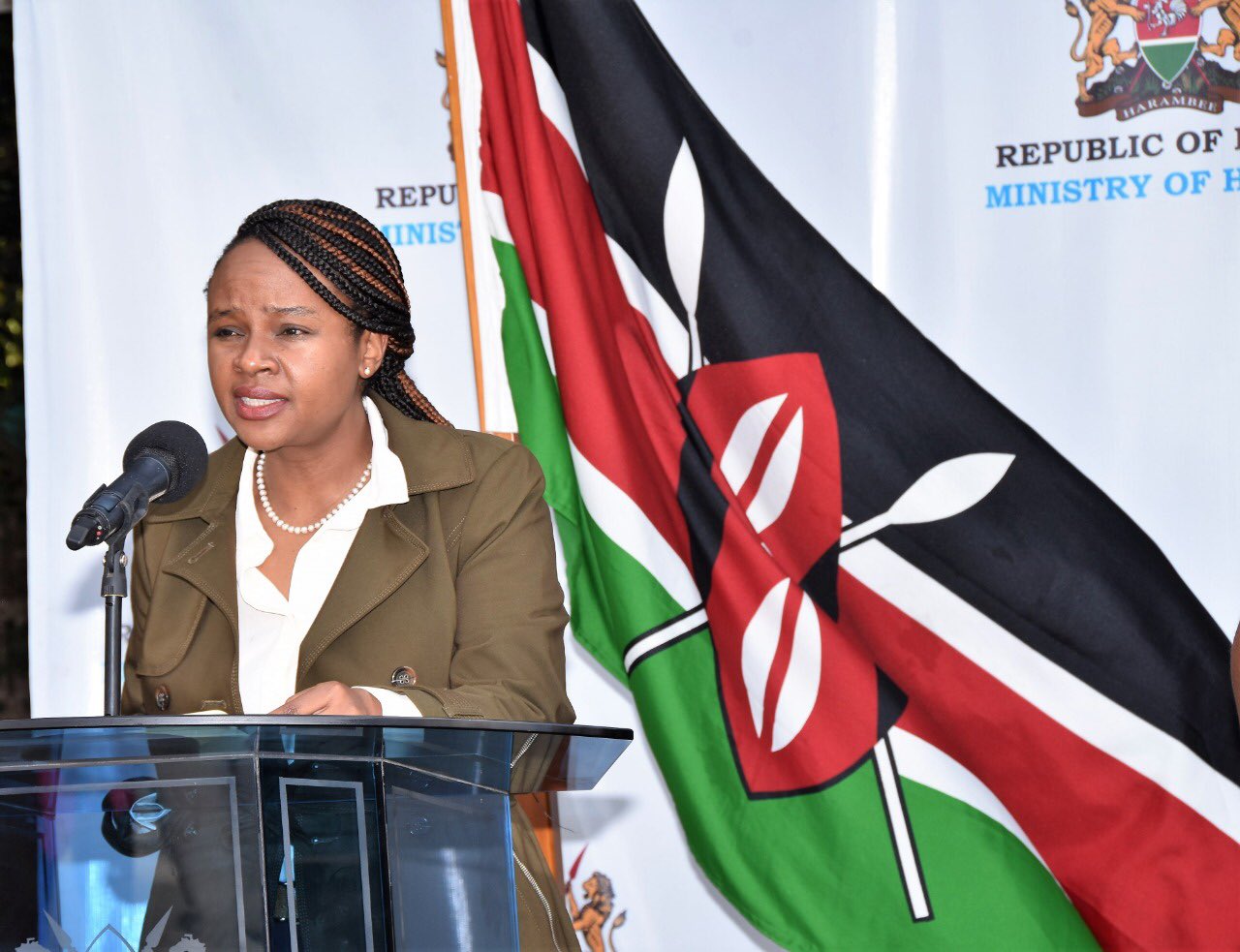 1668 contacts of the 59 patients who tested positive were being monitored closely.

“In the last 24 hours, a total of 234 samples from suspected cases of Covid-19 have been analyzed in our various laboratories. We have received confirmation of nine people who have tested positive for coronavirus disease.

“This now brings the total number of confirmed Covid-19 cases in Kenya to 59. Tracing of the contacts of the confirmed cases is ongoing,” she stated.

508 of the contacts were discharged after completing the 14-day quarantine period.

“Currently, our teams are monitoring 1160 close contacts of confirmed cases,” she added.

On the country’s level of preparedness, the CAS pointed out that Mbagathi Hospital isolation centre has a capacity of 120 beds, Kenyatta University Teaching and Referral Hospital has a bed capacity of 300 beds.

In an address on Monday, March 31, Health CS Mutahi Kagwe noted that the disease was increasingly being transmitted through community interactions and put in place additional measures  to curb its spread.

“We must now raise our level of alert and intervention measures. For now, we need to protect our youth as Boda Boda riders and therefore we will require every boda boda to carry one passenger.

“The rider and passenger mast wear masks for protection. We are spreading out masks in the counties for this purpose,” he remarked.

The Kenya Clinical Officers Association has announced that one of its members has contracted the Covid-19 virus in line of duty.

In a press conference on Tuesday, March 31, the association confirmed that the female clinical officer, who tested positive, had been carrying out duties as normal at a facility they were yet to disclose.

“Kenya Clinical Officers Association has learned of one of our colleagues who has contracted the novel Coronavirus while on duty. The clinical officer had been performing her duty in the outpatient and special clinic in her area of duty until she contracted this virus,” stated one of the association’s members at the presser.