A Kenyan Diaspora man is minting money in the UK by brewing and selling the locally produced alcoholic drink, Muratina.

The brew is largely illegal in Kenya, however, for King’ori Wambaki, the Kikuyu traditional drink has made him a household name in Cheshunt, UK.

Wambaki has spent over 27 years in England, shifting from studies, working for foreigners, and unveiling his own business.

He packages the drink, dubbed Muratelia, as wine spiced with honey. It contains 12 percent alcohol and is sold to customers under the age of 35.

“Cheshunt is located outside London. We used ingredients that are available here in the UK as we have not yet reached a point where we can import products from Kenya.

“The business provides income better than what I can earn while being employed, Wambaki who hails from Othaya, Nyeri stated while speaking with a local daily.

He disclosed that he made in-depth research and business plans on how to market his product. It has also been incorporated in the modeling and fashion industry through branded bags and clothes.

He has also created employment for the youth in the UK as he owns three restaurants and four shops.

What worked for him was that he had no competition as the drink was a new entity in the UK market. Wambaki is keen on expanding his business and the entrepreneur targets the local Kenyan market.

He said that he had applied for a business permit and license in Kenya, seeking to introduce his upgraded brand.

“The whites love it despite it being a Kenyan drink. In June we may start producing it in Kenya,” he added.

A family in Kanuni, Igembe South is in shock after their kin believed to have drowned two weeks ago returned home alive on the day of his ‘burial’.

Oscar Mithika, 23, returned home on Thursday as his family members were making the final plans to ‘bury him’.

At home, Mithika was received with fear as some family members and neighbors who had turned up for the final burial fled on seeing him.

Speaking to the PD Online, Mithika said he could not tell why his mother and other people had to run away from him. When he arrived home, he was not aware his burial was underway.

Mithika’s mother Regina Choa said the family had already mourned their son’s death and seeing him during the day of his burial was shocking.

“We could not believe our eyes when we saw him coming. Everybody scampered for safety. People fled and some fell because we had already mourned his death.,” said Mithika’s mother Nchoa.

She further said it took a lot of courage to get closer to his son who also looked confused and stood tongue-tied when everybody vanished when he arrived.

“I was trembling as I got closer to him to ensure he was really alive because the body we recovered from River Urra was exactly his,” added his mother.

According to the family, their sixth born had disappeared from home two weeks ago over the fear of an attack by his elder brother whom they had been embroiled in a domestic quarrel.

“One day, we woke up and discovered Mithika is not at home and he did not return for a couple of days. We turned on his brother who had threatened to kill him, but after a week we started looking for him. A few days later, the brother came home and reported there is a body floating at river Urra that looked like that of their lost brother,” she added

“I am shocked and happy at the same time coming home at the right time a few hours to my ‘burial’. My conscience has been disturbing me for the time I have been away and I just decided to come back home only to meet the sad news,” added Mithika.

Amid tears of joy, Nchoa said they had to report the matter to the police who aided his retrieval.

She added that after the body was recovered the family identified him and was convinced that he was the one and was taken to Nyambene level Four Hospital Mortuary.

Their uncle John Ntubulu some family members and villagers had earlier attempted to lynch his elder brother 41 years Deoniso Kimathi who they suspected to have killed Kimathi and dumped his body into the river.

“This could be the twist of the event if Kimathi did not manage to escape the wrath of the family and villagers who accused him of killing his brother since they have been having open conflict and fighting openly over some land issue. They could have killed an innocent person ” added Ntubulu.

Mourning turned into a celebration ceremony as the family broke into dance and songs to celebrate the “resurrection” of their son.

According to the area Chief Japhet Kaindiria, the family had already paid a mortuary fee of Ksh 16,000 and bought food to be consumed during the funeral that was to take place today.

The family instead decided to slaughter a sheep and bury a banana plantation instead as advised by the elders to cleanse any curse and stop any death misfortune to the family.

The chief also added they had to cancel the release of the body from the hospital adding the family could have mistaken the victim.

A man of the cloth in the US has embarrassed his faithful beyond measure by erroneously sending sex tapes meant for his girlfriend.

A video circulating on social media and seen by Reactor Review News Desk is alleged to have been recorded by a serving Pastor in Minneapolis, stoked emotions in his Church congregation and the entire East African Community in equal measure. Videos of this nature are always believed to be reserved for randy couples and can’t be equated to serving Church Pastors who preach against the vice in the community.

One church member who saw the clip is still reeling in shock and is not believing that his Pastor could do such a thing and is blaming Satan for the whole episode because their pastor is very faithful to his wife and children.

Cases of cheating have spiked in the Diaspora and family life experts are blaming the rise in poor family time together to curtail this vice and if not watched closely will see very many family break ups which will lead to divorce.

A Family Life Expert has equated the rise in divorce rate to the breakup of family values and ties. African immigrants who are looking for greener pastures in the Western World are always very successful at work, but due to the nature of work schedules and daily work demands, have robbed the couples family time and this has led to disgruntlement and arguments in families which will lead to divorce or separation.

In a recent interview with the Author of the ”ABUSED QUEEN” Stella Kiinama, she blames the same vice on poor mechanisms to settle very simple disagreements which rise to boiling points and the result sometimes is very chaotic and some have led to physical harm or deaths. 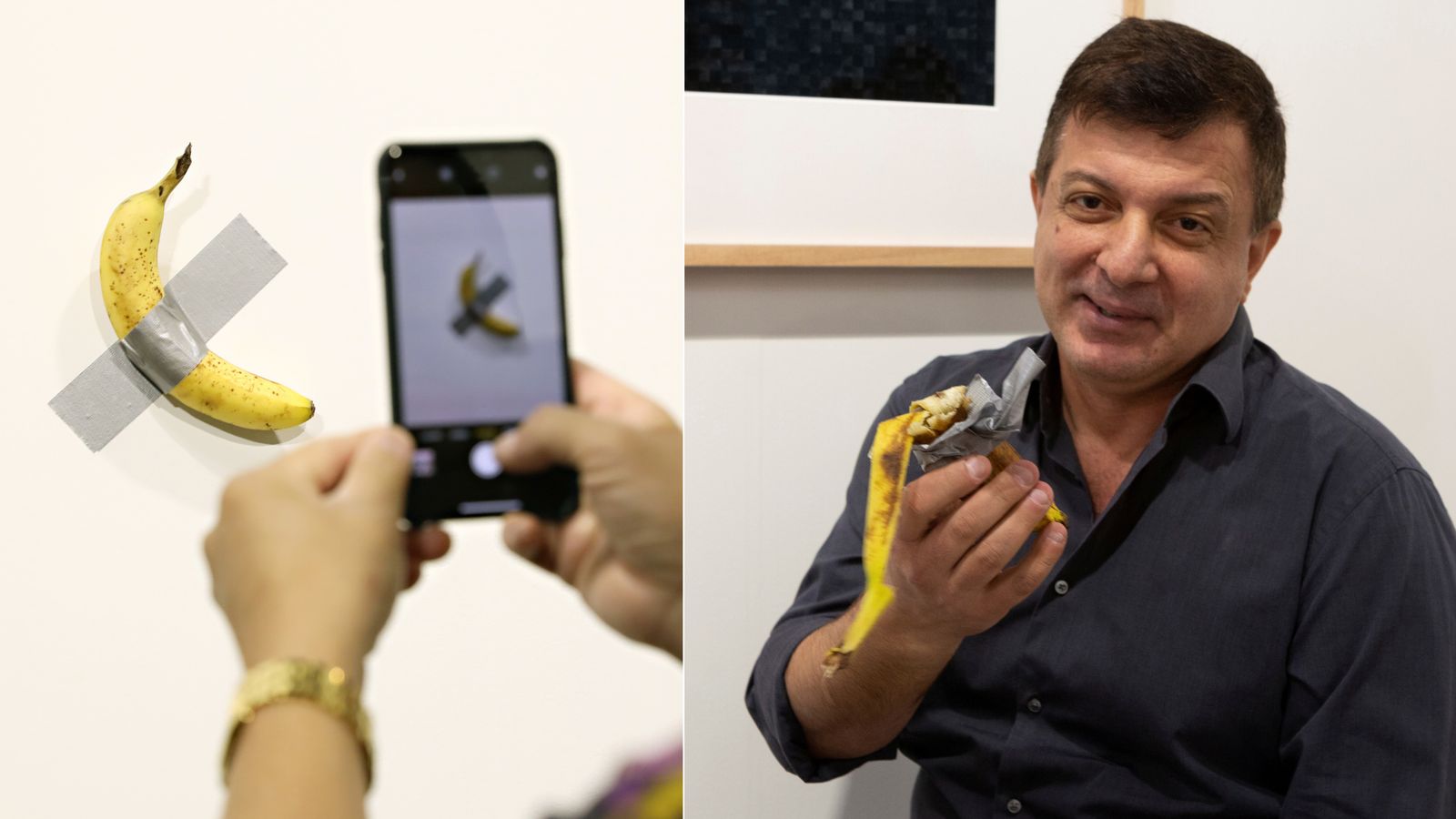 HILARIOUS: Pastor’s wife advises married Couples to have sex everywhere to save their marriages- video

It has been weeks full of sad news, dull economic times, political theatrics and now the floods. However, Kenyans especially netizens,  have always found ways to lighten the moods.

A female pastor who is also a pastor’s wife in Deliverance Church of Kenya has excited Kenyans after her sermon in regards to sex in marriage went viral.

In the sermon titled ‘Godly woman Godly marriage,’ the pastor advises married couples to spice things up in their sex life in order to kill boredom and to save their marriages.

The pastor insists that sex is a very important aspect of every marriage and revealed that it is indeed a unique game that was designed by God.

“Sex is the only game that God created, all the others are man-made,” she said

Unlike other games like football and volleyball, the pastor believes that sex is one of the games that the married can engage in at any time and almost everywhere.

Her sermon has sparked mixed reactions from Kenyans who are now curious to know where her church is located so that they may join her fellowship services.

Here is the video;

FAKE NEWS: CMB Prezzo refutes claims that he was hospitalized after being gang-raped

Kenyan rapper Jackson Makini, alias CMB Prezzo, has refuted reports published in a section of Ugandan and Tanzanian media that he is receiving treatment at the Karen Hospital after he was recently sexually assaulted by three women in Nairobi.

The reports first appeared on Uganda’s gossip tabloid xclusive.co.ug on Tuesday evening and carried afresh on Tanzania’s The Citizen on Wednesday, November 13.

The Citizen says the Mafans rapper, 39, was injected with an overdose of cocaine and Viagra before being sexually abused by three youthful women.

The publication cited “sources” as saying that the women, identified as Ruth, Vivian and Patricia, were arrested, and are being detained at Karen Police Station in Nairobi.

But in an exclusive interview with K24 Digital on Wednesday afternoon, CMB Prezzo vehemently denied the reports.

“I do not know where the false allegations have come from. I am well, and currently at home. From my tone in this call, you can tell on your end that everything is okay with me. (Laughs). I will ensure I dig deep into these claims so that I find out who started peddling the falsehoods. Sections of the media in East Africa have been bent on tarnishing my name since 2004. It is time I take action against them,” he said.

Why would someone wish him this horrible act? Or could it be he is paying for the ‘Fake news’ to remain relevant after his botched Wiper’s candidature for just concluded Kibra by-elections? Lets wait and see.