JUST IN: Raila in quiet return to Kenya from Dubai

Mr Odinga made a quiet return into the country on Sunday evening aboard the luxurious Constellation Aviation Airline Airbus A318-112(CJ) Elite A6-CAS, MS4211.

Multiple sources close to the leader confirmed that Mr Odinga was indeed back.

Multiple flight tracking sites showed that the 10-year-old UAE-registered Airbus A318 private jet, which seats 19 passengers, landed at the Jomo Kenyatta International Airport (JKIA) on Sunday evening at 9:49 PM, having left the Al Maktoum International Airport in Dubai at 5:13pm on the same day.

Interestingly, the jet was scheduled for a trip on Sunday to Zambia but was diverted to Nairobi, according to multiple aircraft tracking sites.

It had initially left for Lusaka on Sunday morning, but was diverted back to Dubai while overflying Saudi Arabia, the tracking sites showed.

He looked back at his last address on June 6, and the questions he faced then on whether or not to re-open the country, noting that they chose to prioritise strengthening the country’s capacity to handle the pandemic.

He cited meetings with the Council of Governors, education stakeholders, religious leaders and

“The question before us is have we as a country met the irreducible minimum? Are we ready to open?” Uhuru posed.

He announced an end to the cessation of movement in Nairobi, Mombasa and Garissa Counties.

Uhuru further stated that the curfew would be extended by 30 days.

Police have launched investigations after the bodies of two children (Alvina Mutheu and Henry Jacktone) were found hidden in the boot of a car at Athi River Police Station on Tuesday, June 30.

According to Athi River police boss Catherine Rigera, the children had been reported missing on June 11. A report of the probe is expected to be sent to the Directorate of Criminal Investigations.

The two were classmates at Shaun Academy in Athi River where they were described as best friends.

Alvina Mutheu and Henry Jacktone who had been reported missing on June 11, 2020

The bodies were discovered after a businessman went to collect his detained car and reported a foul smell emanating from the boot of the car.

Police are yet to establish how the two bodies were tucked inside the vehicle that had been in police custody since March 4.

Homicide detectives are following a lead in the form of an unknown caller who had contacted the boy’s mothers, Catherine Musembi, on June 13.

The caller asked her for Ksh500 in exchange for information regarding the whereabouts of her missing child.

On June 22, another person who claimed to be a chief in Bomet demanded Ksh1,000 for the same information.

The last call she received was on June 23, from a man who claimed he had spotted the children in Bomet in the company of another woman. Catherine reported the developments at Athi River Police Station.

A police officer who had moved the car at the parking lot to create more space also recorded a statement.

On the day the bodies were discovered, they had already started decomposing.

Investigators are trying to establish the motive behind the gruesome death and how the killer accessed the police station undetected.

BREAKING: 6 MPs Test Positive for COVID-19, One in ICU

A report by a local daily on Monday, June 29, indicates that six MPs are currently in hospital after they tested positive for COVID-19.

According to an MP who requested anonymity, one of the legislators has been under intensive care at a hospital in Nairobi.

He is said to have reportedly infected a colleague who had visited him in hospital.

Two of the other infected lawmakers include one from the Coast and a Western Counterpart who is serving his first term.

“I know at least six MPs have so far turned positive and are in hospitals, one is in ICU,” the insider revealed.

Members of Parliament who interacted with the sick MPs are said to be in a panic as they await their results.

However, National Assembly Clerk Michael Sialai stated that since medical records are private, he would only be made aware of the situation if the MPs disclosed their status.

The latest reports of infections in the Kenyan political class adds emphasis to CS Kagwe’s warning that COVID-19 could infect anyone.

However, politicians have been caught flouting containment rules on several occasions, raising concerns from members of the public.

Many meetings have been organised by leaders like COTU Secretary General Francis Atwoli who hosted 30 politicians at his home despite a ban on public gatherings with more than 15 attendees.

Governor Mutua explained on Saturday, June 27, that a decision to seal off the hospital was reached after extensive consultation with the Ministry of Health and Kenya Medical Practitioners and Dentists Council.

“Last night my Government sealed off Shalom Hospital in Athi River following deaths of some patients due to COVID-19.

“This was arrived at after consultations with the Kenya Medical Practitioners and Dentists Council and the Director-General of Health Dr Patrick Amoth,” Mutua tweeted.

The Governor added that the health practitioners had initiated measures to curb the spread of the virus and also ascertain the number of infected patients.

“The process of screening and testing for COVID-19 may take several days and has already started. Further decisions will be undertaken according to the evaluation by the relevant agencies involved in the provision of health care and combating of COVID-19.

“I urge all Wananchi to be patient as we ensure all health facilities are safe so as to avoid hospital-based infections that were witnessed in places like New York, US and several Italian cities,” he added.

A fire has destroyed an unknown number of structures at the cereals and ‘mitumba’ sections at Gikomba market opposite COTU offices in Nairobi early Thursday morning, June 25.

The fire which reportedly broke out at around 3 a.m. was still raging on at 6:30 a.m. with its source or point of origin yet to be established.

Traders battled the raging inferno throughout the wee hours of the morning in a bid to salvage some of their property, but it proved a futile exercise.

No injuries have been reported. 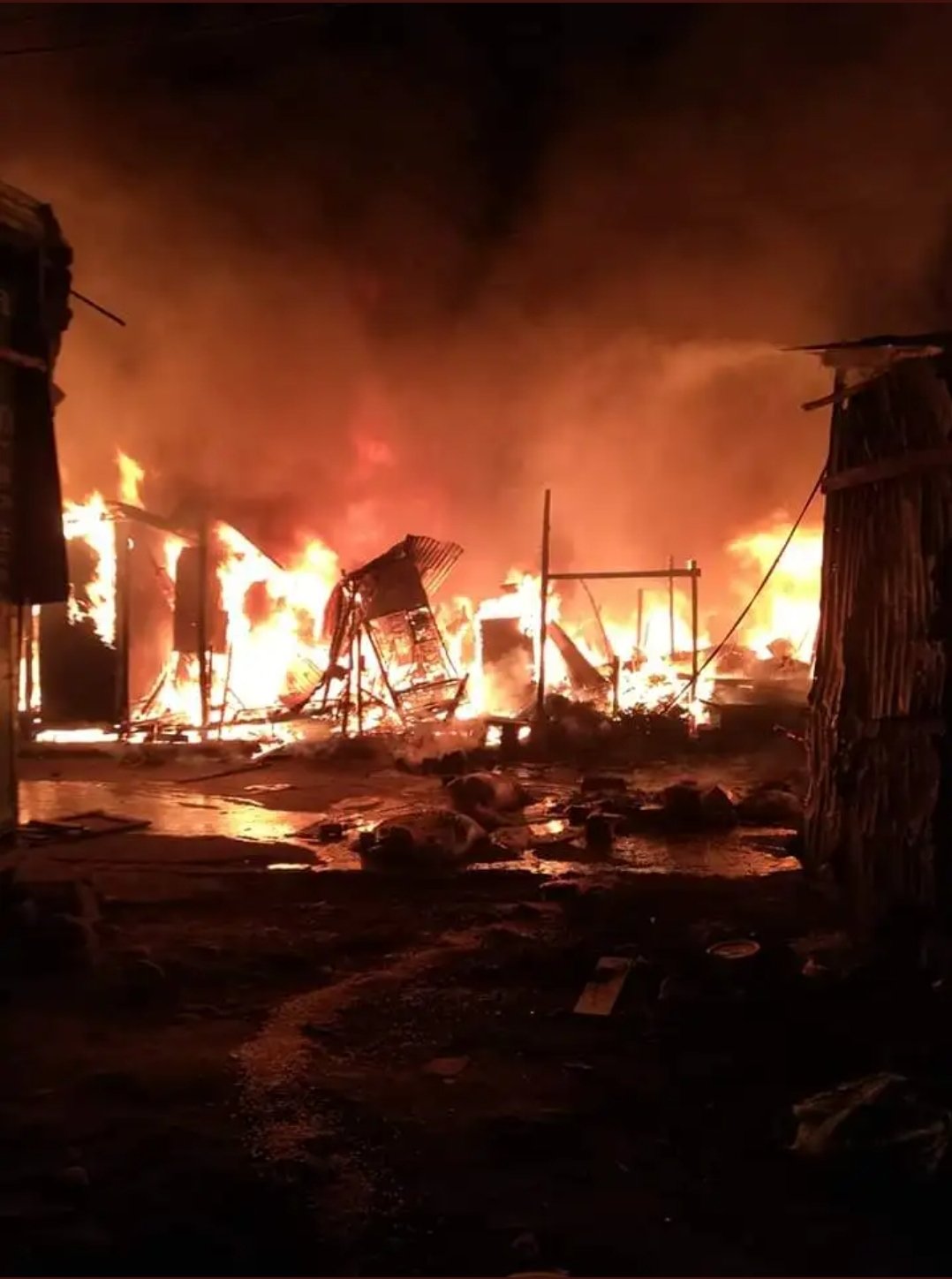 “The mainline has been controlled due to a fire incidence in Gikomba. Power will be restored as soon as possible,” Kenya Power tweeted.

Several such incidents have caused severe damage at the popular market over the years, sometimes leading to deaths.

It is the second time the market has been engulfed in flames this year, with a huge section of the stalls burning down to ashes on February 1.

Last year, the market saw three such incidents. In August 2019, property worth more than Ksh100 million was reduced to ashes at the market.

In June 2018, at least 15 people died while more than 60 were injured in a night fire at the same market.

Residents of Old Racecourse Estate, Kariokor, were plunged into darkness following the incident, with Kenya Power opting to shut down power lines in the area.