Dr Njoroge yesterday said the misrepresentation of numbers by the embattled official had driven the government on a borrowing spree.

In a rare bare-knuckle attack on Rotich’s tenure, Njoroge described Treasury’s budget-making process as “abracadabra”, where revenue numbers were randomly included in the budget books “from thin air.”

The governor described the revenue shortfalls by Treasury that resulted in a borrowing spree as “parte after parte” in street parlance.

“There was a lot of abracadabra,” said Njoroge of the budget-making process that was overseen by Rotich and his Principal Secretary Kamau Thugge.

READ ALSO: The man who messed up a whole country

Njoroge spoke at a press briefing in his office a day after the Monetary Policy Committee slashed the benchmark lending rate from nine per cent to 8.5 per cent.

Rotich and Thugge face multiple criminal charges, including abuse of office, conspiracy to commit economic crimes, single-sourcing for projects, and approving payments contrary to the law.

In five years, Rotich had borrowed upwards of Sh3 trillion, an amount higher than what his 14 predecessors, combined, borrowed. And as of last year, repaying this ever-increasing debt was gobbling up about 57 per cent of tax revenue. 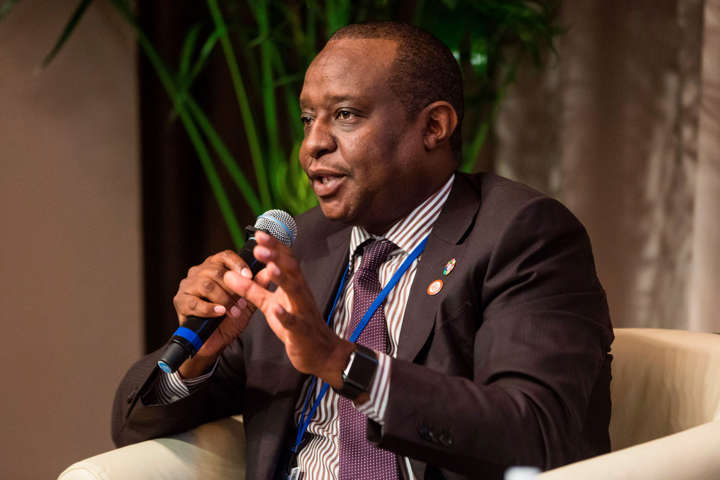 The country has low sources of revenue and high spending on non-development projects, a recipe for financial disaster. Njoroge said for the first time in his four-year stint as governor and chairperson of the MPC – the CBK’s organ responsible for monetary policy – they were in agreement with austerity measures being undertaken by Treasury.

He lauded the current crop of leaders at Treasury for “being realistic” in their revenue projections.

“It is not the first time we have had a conversation with the National Treasury. I have been here four and a half years now. But I think for the first time… we believe in the fiscal consolidation taking place,” said Njoroge.

“It is one thing to have words that you are going to consolidate, it is another to actually mean what you say and actually go ahead and do it.”

Njoroge was referring to the many austerity efforts by Rotich, which always failed to materialise, with the country falling deeper into debt. The country’s stock of debt currently stands at Sh5.9 trillion. Njoroge said there was no clarity in terms of revenue estimates that Treasury presented to the MPC in the past.

“Revenues in the past were over-stated, completely over-stated,” he said. Treasury has since revised downwards revenue estimates to Sh2 trillion from Sh2.1 trillion.

“If that is the way you do budgeting, then you deserve what you get, which is nothing. And indeed, you deserve the crisis that follows after that,” said Njoroge.