Is Ruto planning to scuttle the BBI through house committee

He says that the DP is leading a plot to frustrate the BBI, through the Ndaragua MP Jeremiah Kioni-chaired Constitutional Implementation Oversight Committee.

Members of the committee have since received text messages to confirm their attendance of the 4-day retreat, where the theme is to discuss the document.

But Savula has said that this doesn’t add up, terming it a plot to frustrate BBI, stating that he will not attend the ‘malicious’ retreat.

“The report has not come formally to Parliament. So how can we retreat to discuss something that is not before the House? These are games being played by Ruto and his allies to scuttle the process,” he said 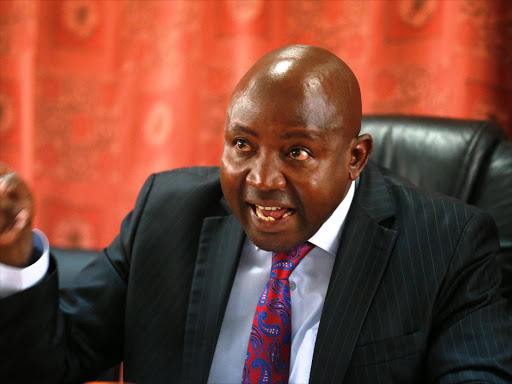 His remarks were echoed by nominated MP Godfrey Ososti, who said that Kioni is already biased in favour of Ruto, and is up to no good.

He stated that the latter had been attending Ruto’s functions and is most likely working on his behalf on the BBI issue, which Ruto’s allies want to be passed through the parliament.

“There is a conflict of interest, Kioni cannot purport to be presiding over a matter of constitutional review when he is already biased. He has been attending meetings of Tangatanga pushing for a parliamentary initiative,” he added.

However, Kioni has rubbished the claims, terming his critics as people who don’t understand the work of the parliament.

“The report doesn’t have to be presented to Parliament officially. There are many issues that have been discussed on the floor of the House but they have not been presented officially. When cows are stolen in Pokot, what report is tabled in Parliament? The criticism is by people who don’t understand their role in parliament,” he said.