The Handshake That Rebooted Kenya’s Economy; another moment of rebirth for Kenya

The infamous handshake between President Uhuru and Opposition leader Raila Odinga in 2018, coupled with the launch of the Building Bridges Initiative a few months ago are touted to herald a new dispensation for the country.

Since independence, it appears the country has had numerous moments to hit the restart button.

Those familiar with evangelical Christianity will be reminded of the concept of being “born again” during which an individual turns on his past to start living a new life in a relationship with God. 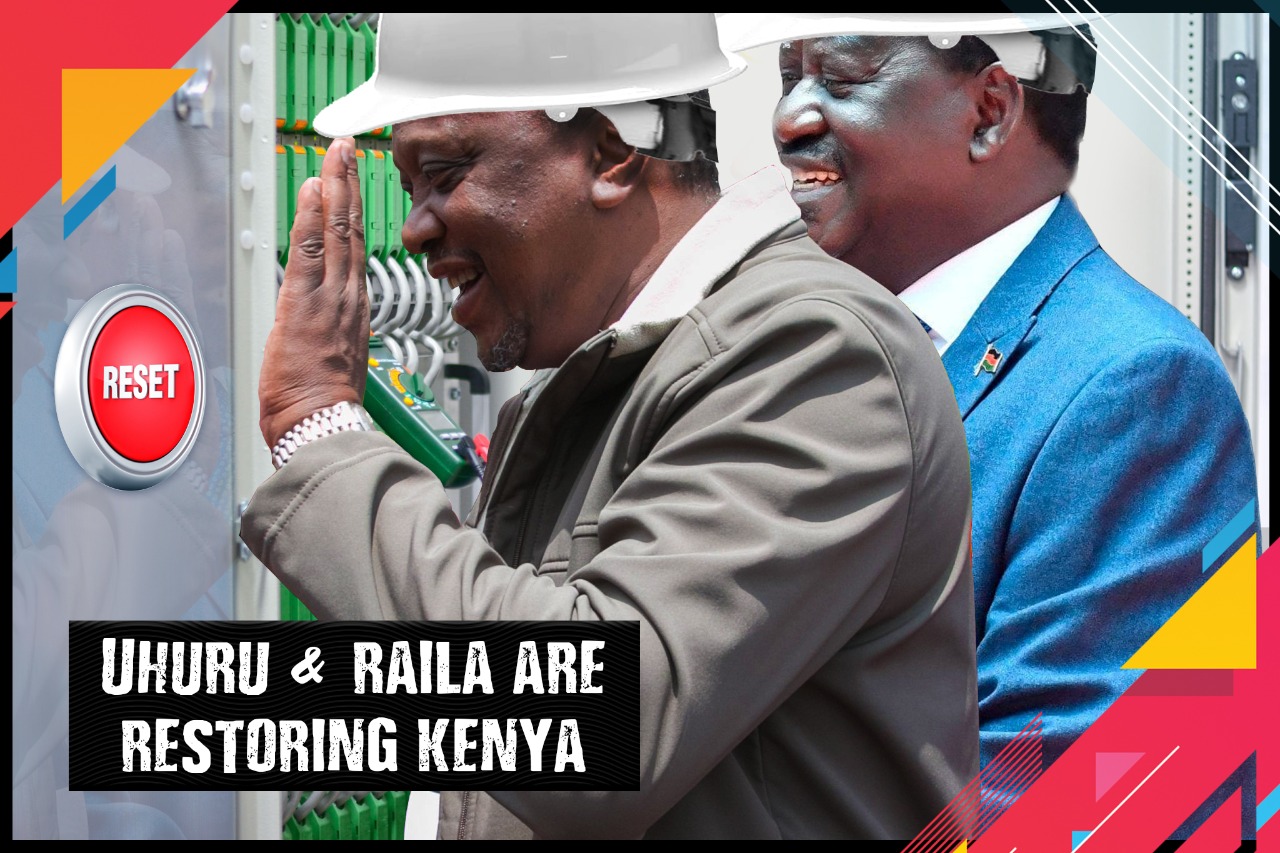 In 1963, Kenya had her first moment of being “born again” when the nation hoisted the national flag after gaining independence.

But it seems things went haywire immediately after. Less than five years down the line, the relationships among top leaders had gone sour.

The centre ceased to hold and Pio Gama Pinto lay in his driveway brought down by a gunman, one of the first mystery assassinations in Kenya.

Soon, others followed: Tom Mboya, J. M Kariuki and then some. Political temperatures went a notch higher and the first Vice President, Jaramogi Oginga Odinga was jettisoned from power. It set in motion the downward spiral from which we have never fully recovered.

There has been no shortage of high tempo moments in Kenyan politics. On the one hand, corruption was beginning to firm up its grip on the country while a gang of leaders were obsessed with the succession agenda planning how to manage the post-Kenyatta era.

In the meantime, all the indicators of development in the country were deteriorating. The Nairobi that had been the envy of many across the world was losing its sheen, fast.

The year 1978 was probably a watershed period with the curtains coming down on the first act of Kenya’s independence.

It was another moment of being “born again”.

Mzee Jomo Kenyatta passed on in the quietness of the night and the country miraculously managed a smooth transition to a new presidency, a rarity of Africa those days.

When Daniel Moi took over, it was another moment of rebirth. Once again, Kenya had an opportunity to reset the start button.

The new face at State House heralded new hope and Moi went around the country assuring the nation that he was not going to upset the apple cart, but will fuata nyayo of Kenya’s first independence government.

Moi, then perceived to come from one of the minority communities, carried the hope of many Kenyans who had grown hopeless in the then existing atmosphere where the presidency seemed to be held hostage by well-cultivated regional interests.

But the hoped-for tranquillity was not to be. Again, less than five years into his presidency, the nation was sliding into another dangerous territory.

The attempted coup of 1982 was a low moment in the nation’s history resulting in the loss of many lives. In those days when military coups were the order of the day in the continent, Kenya was not any different.

Kenya never recovered from that attempted coup. President Moi, who emerged at the Kenya Broadcasting Corporation to announce that order had been restored in the country, was a wounded man and it would show in his administration. 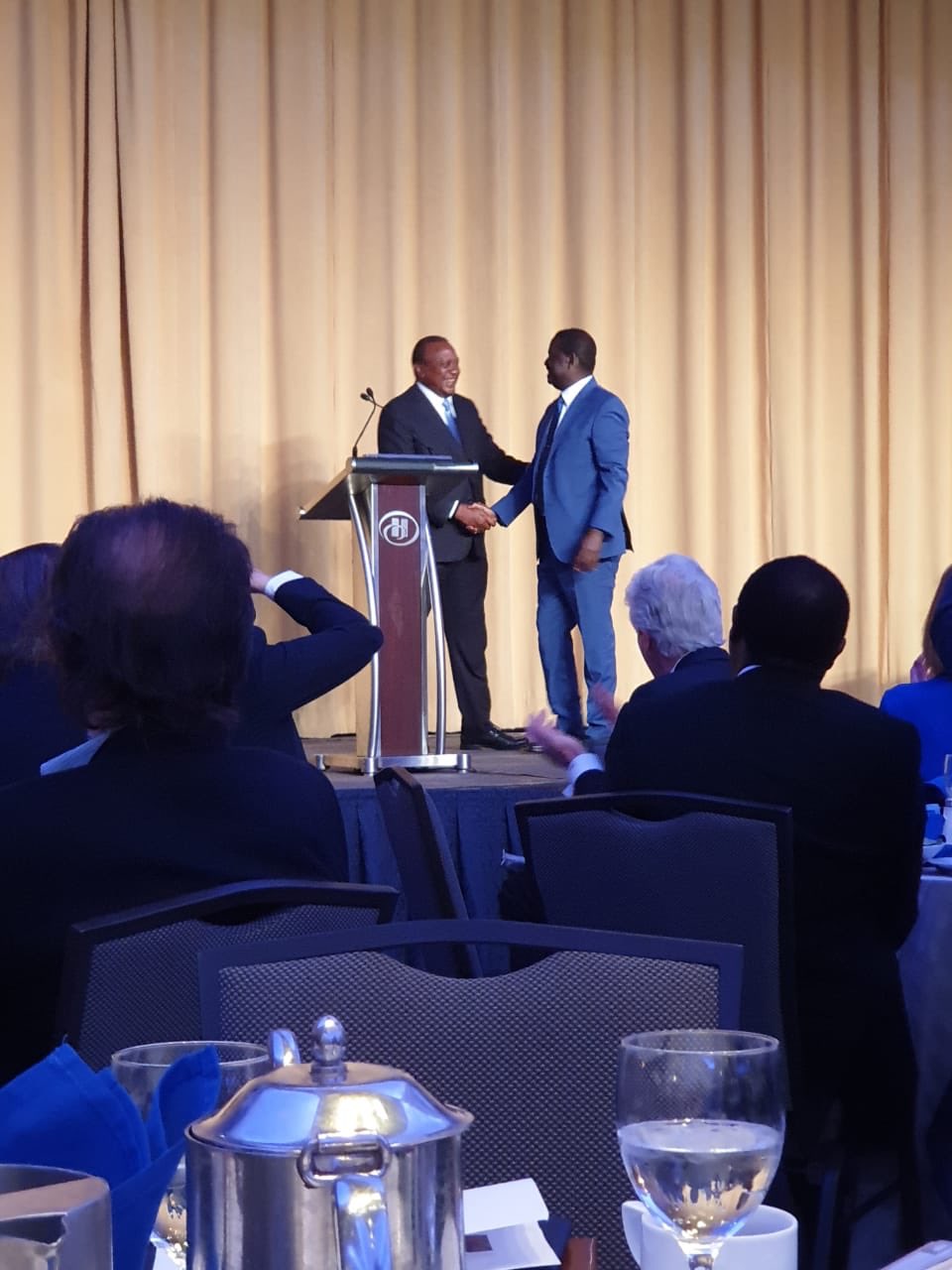 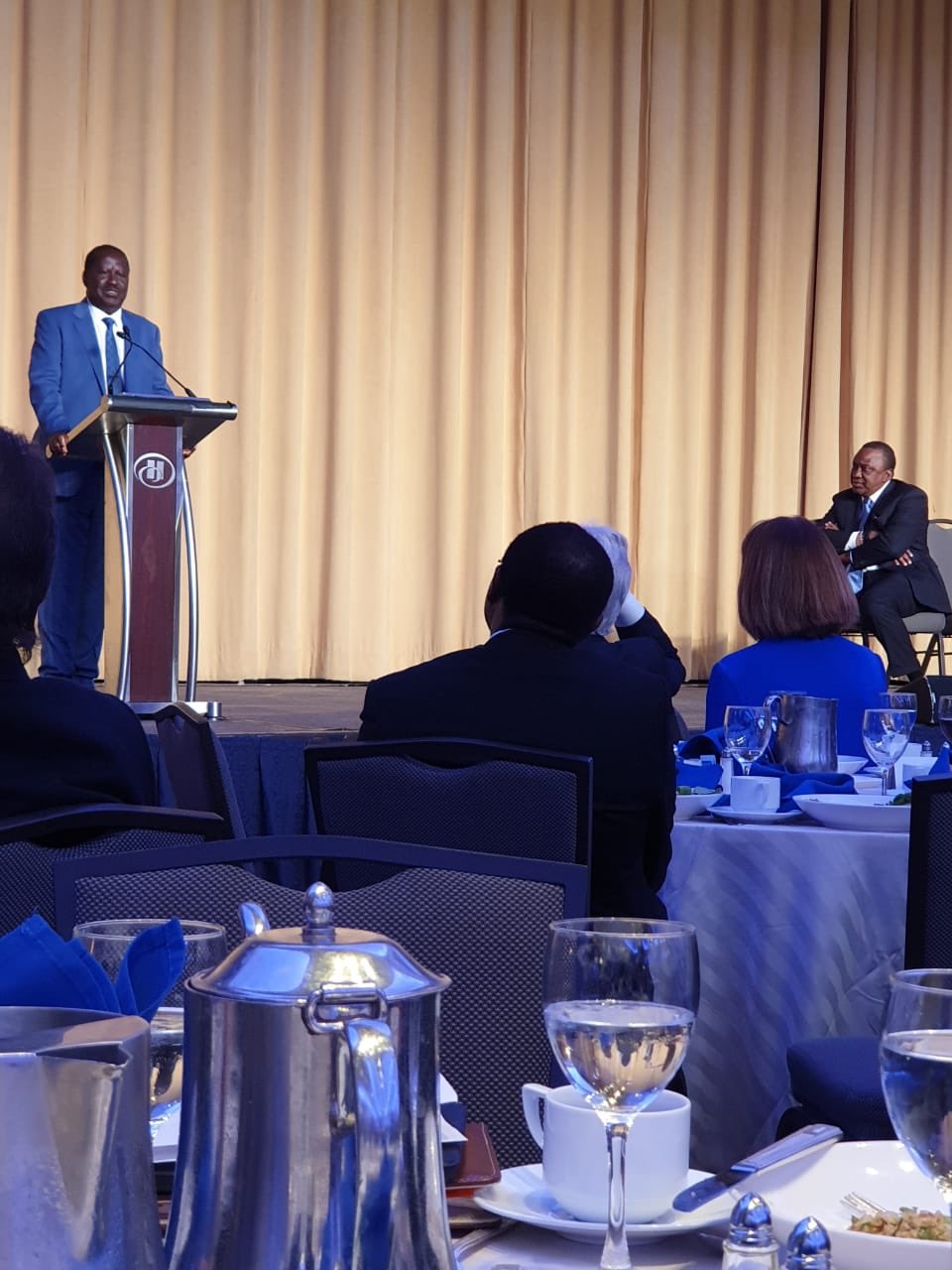 President Uhuru Kenyatta and Rt. Hon. @RailaOdinga
during an International Luncheon at Hilton hotel, Washington DC where they both were key speakers.

He trusted those around him less, concentrated power in the hands of a few, detained people irregularly, and the rest is history.

The series of initiatives by the government for another national rebirth was never fully realised until 2002 when the NARC administration headed by Mwai Kibaki came to power and the country announced itself as the most hopeful on the face of the earth.

But old habits die hard and soon, the country was in the trenches again after the disputed outcome of the 2007 general elections. Kenya got “born again” with the 2010 Constitution, but it is obvious that with every step the country makes, there are many distractions and those steps are never steady.

So here we are, with Handshake and BBI, another moment to be born again. UhuRaila have shown all signs that they are faithful to keep their promise, to never again fall back to the old bad habits. All Kenyans should join them too.

Former US President Bill Clinton, while running for Presidency in 1992, is said to have popularised the slogan: “It is the economy, fool.”

The magic handshake between opposition leader Raila Odinga and President Uhuru Kenyatta may not have been viewed by many as an economic move, but it may just turn out to be the one that got businesses off the ground.

For President Uhuru and the technocrats around him, they realised that running a modern economy is complex and even when all other key economic variables remain unbroken, psychology and perception played a bigger part in the unfolding economic rot.

Insiders who are familiar with the deal say fixing these twin problems has been Uhuru’s administration’s biggest headache which needed to be addressed urgently.

“The benefits of the new deal outweigh its cost,” noted an insider who declined to be named.

What has been very clear to Uhuru’s administration is that, economic revival requires more than the strict round of belt-tightening or the suggested austerity measures.

However, there are those who think “politics of Kenya should remain as has been and ever shall be, world without end. Amen.”

This school of thought still thinks along ethnic lines and defines the State as an arena of ethnic contestation when people take turns to share the spoils or the cake. This school of thought considers political corruption as a norm, and the winner regardless of whom, he or she wins, takes all.