LOOMING ARREST: Ruto holed up in a crisis meeting as DCI zero in on him

Deputy President William Ruto yesterday summoned his staff based at Harambee House Annex to his official residence in Karen for a crisis meeting today.

Although details of the meeting’s agenda were not immediately available, the move came after police camped at his office for a second day and interrogated junior staff. The police also took away CCTV footage of a previous meeting between former Sports Cabinet Secretary Rashid Echesa and foreigners at the Deputy President’s office.

“We have been told to report to Karen tomorrow (today) morning. The boss (DP) wants to meet the staff over the issue,”  a source reported.

At the same time, DCI headquarters indicated that seven senior staff working at Harambee House Annex will be summoned to shed more light on the meetings where the foreigners were swindled Sh11 million in “consultancy fees” for a fake arms deal.

Yesterday, investigations into the Sh39 billion fake arms tender scandal took a new twist with revelations that police are investigating reports that the suspects had held a meeting at Ruto’s office on January 20, three weeks before they were arrested.

And as the scope of investigations widened, detectives from the Cyber Crime Unit at the Directorate of Criminal Investigations (DCI) headquarters yesterday went to Ruto’s Harambee House Annex office to retrieve more CCTV footage, captured before and after former Sports Cabinet Secretary Rashid Echesa, a prime suspect in the scandal, and two foreign investors visited the building.

Sources said the footage obtained earlier only showed the period the trio went to the office at 9.39am and left at 11.02am on Thursday last week.

At the same time, Communications Authority of Kenya (CA) officials yesterday analysed two police radio sets found with Echesa on the day he was arrested to establish the channels he could access. Investigators said Echesa in his statement had said the radios belonged to his security firm.

“The radios could have been used by the fraudsters who would pose as security officers of the supposed senior government officials when they were meeting the foreigners,” a source at the DCI headquarters said.

Echesa, Daniel Otieno, Clifford Okoth and Kennedy Oyoo Mboya were on Monday charged with 12 counts relating to fraud. The charges ranged from conspiracy to commit a felony to attempt to obtain Sh39.5 billion from a foreign businessman by pretending they would award him a tender to supply military equipment. They were released on a Sh1 million cash bail each. The group was arrested as they left Harambee House Annex in Nairobi which houses the office of the Deputy President.

“We will also obtain CCTV footage based on the details of the location and the date given by the mobile service providers,” a senior detective said. 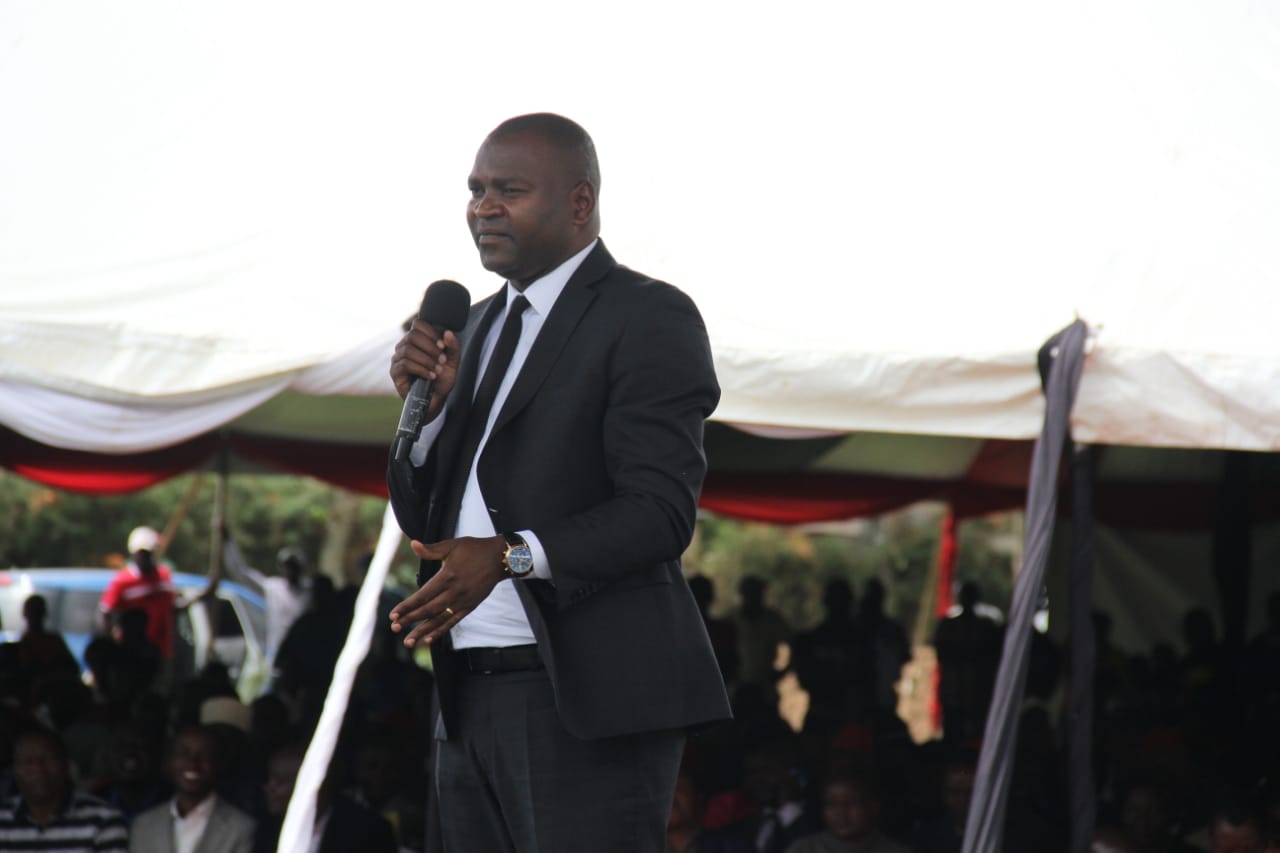 Though Echesa and his co-accused have formally been charged in court with defrauding directors of Eco Advanced Technologies of Sh11.5 million, purportedly as a consultation fee, investigators are still keen to reconstruct the scene.

Part of this involves establishing Echesa’s movements from Tuesday up to Thursday at about 10.30am when he was arrested. This would help in identifying other people who may have been involved in the scheme.

Last evening, security officers and a receptionist based at Ruto’s office were summoned to record statements and another team is expected to be grilled today.

Investigators were also keen to obtain CCTV footage from the Hemingways Hotel in Karen, the KICC, and the Jomo Kenyatta International Airport (JKIA). These are some of the areas the suspects and the investors are said to have met as they negotiated the fake tender.

“Seven people have already been flagged as persons of interest,” a source reported.

On Monday, one of the foreigners led detectives to Harambee House Annex where he reconstructed his previous visit and identified some of the officials and offices where they met last Thursday. The findings will form the basis of subsequent investigations. He showed detectives from the Serious Crimes Unit how they made their way into the building’s second floor, accompanied by Echesa and two other men.

State House Spokesperson Kanze Dena yesterday called for patience as police investigate the scandal, saying that though President Uhuru Kenyatta has stood his ground on a corruption-free government, the unfolding scandal was still under investigations.

“This is a probe we cannot speak deeply about because it is under investigation. We are not sure if it really happened and until we know the truth, the President cannot talk about it,” Dena said.

“Maybe it is propaganda or crooked staff in the DP’s office who executed it behind his back. Or it is the work of cartels playing each other hence the deal going south.”

Speaking during our sister radio station Milele FM’s breakfast show yesterday, Dena said the truth about the scandal would soon be established as police were seized of the matter.

The scandal has placed DP Ruto in a tight spot with some of his political rivals calling on him to resign.  Yesterday, Gem MP Elisha Odhiambo challenged the DP to resign if he failed to furnish the DCI with a detailed report of what transpired.

Odhiambo claimed Ruto “knew everything Echesa was doing to defraud the foreigners”.

“The fraud involving the military equipment that was discussed at the DP’s office is tainting his reputation and the only way to protect his name is for him to clear the air,” the MP said