Deputy President William Ruto has written to the Inspector General of Police Hillary Mutyambai seeking to have the Harambee Annex investigation expedited.

The DP made the request and further asked the IG of Police to ensure that anyone in his office found culpable of colluding with suspects in the Ksh39 billion arms deal, charged.

According to him, an official statement is required to explain their presence in the country and particularly at his office on February 13.

“Foreign Affairs should facilitate information on these foreigners and the profile of the companies they purport to represent,” the DP’s letter reads.

He is demanding that the foreigners be blocked from leaving the country until investigations are complete.

DP has been in a grilling meeting since last night with his members of staff from Annex at his Karen office.

Investigators had visited the Annex to probe how former CS Rashid Echesa got access to hold a meeting with foreign investors.

Detectives were collecting evidence on the multibillion fake arms deal at Harambee Annex where among others, the office of DP Ruto is located.

It emerged that about 14 people who work at Harambee Annex were identified for questioning by detectives from the Directorate of Criminal Investigations (DCI).

DP Ruto’s Spokesperson David Mugonyi in a statement said the office was cooperating with DCI detectives.

Mugonyi admitted that Echesa had taken two foreigners to Harambee Annex, seeking to meet Ruto, but they left when told he was not available.

Apparently, this is not the first time DP Ruto is sacrificing his staff. 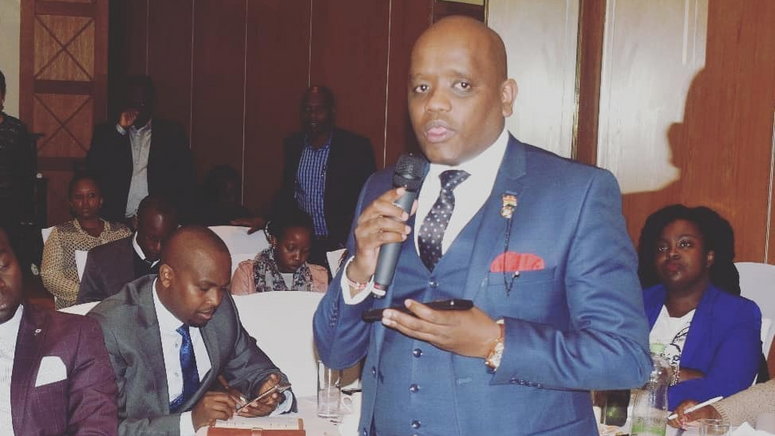 In July 2019, when Dennis Itumbi a digital strategist/propagandist based at Deputy President William Ruto’s Harambee Annex office was arrested by officers from the Directorate of Criminal Investigations (DCI) over an alleged plot to assassinate Ruto, the Office of the Deputy President distanced themselves from Itumbi denouncing him as not one of their own.

This was unexpected given the fact that in the past year, Itumbi has been operating from Harambee Annex after being bundled out of Statehouse when the presidential digital team was restructured. Itumbi has been seen as campaigning for Ruto whom many see as his new boss after breaking ranks with the presidency.

It’s unclear why the ODP would throw their staff under the bus leaving them to be hanged dry.

Even in death, even your shadow leaves you.