A court of appeal judge has been arrested.

The Judge identified as Sankale Ole Kantai was apprehended by the DCI in regards to the murder case of Tob Cohen.

Reports emerged that the embattled Sankale and Cohen’s widow Sarah Wairimu are claimed to have had a romantic relationship. 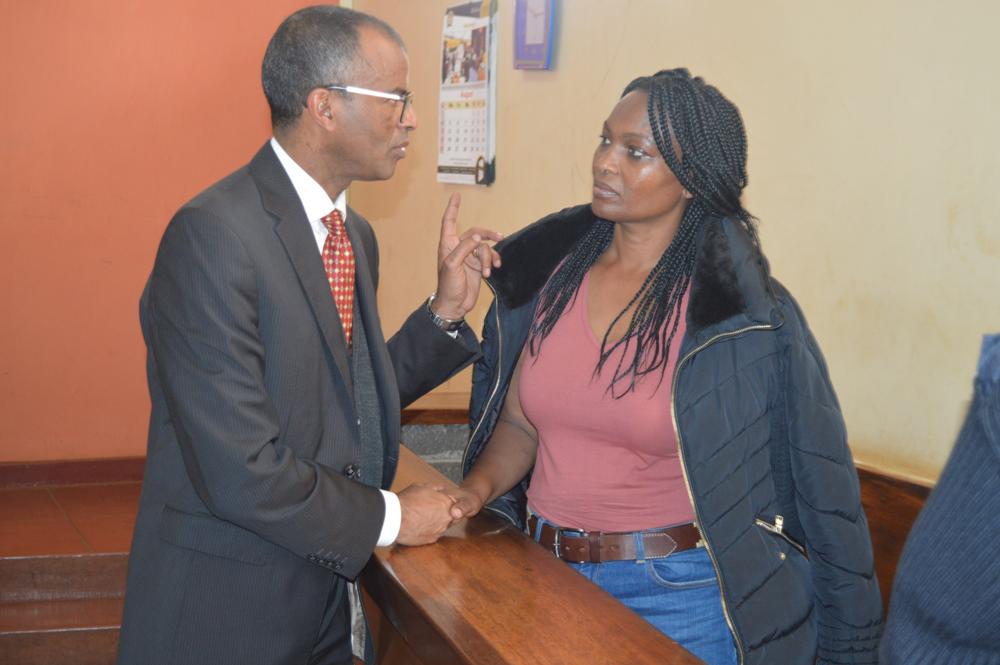 According to the details, the two met in Kisumu for an intimate getaway after the murder of the Dutch billionaire according to Daily Nation.

The local daily explained that the murder suspect had approached the judge seeking advice on what to do in the event she was arrested.

Sankale being out of Nairobi at the time asked her to travel to the Lake City where he was attending a workshop.

The judge is articulated to have gone a step ahead and facilitated the cost of the trip, including her stay at the hotel.

To ensure that the criminal was well taken care off, Sankale instructed his driver to pick her up and take Sarah to Wilson Airport.

In addition, it was understood that the two had a business partnership that went back to the time the judge was just a mere lawyer. The two are highlighted to have been in contact during the flight.

More revelations were made that Sarah did not book a separate room from that of Sankale at the Aqua Pool hotel.

Further intelligence intimated that the two shared a meal and had a drink during their stay at the premises.

The cosy trip was, however, cut short after Sarah was forced to travel back to the capital after being summoned by the police.

In a cunning move, it is mentioned that wife to the deceased business mogul, made and scanned copies of publications and sent them to Sankale.

She later went on to record a statement at Kilimani Police Station and requested to have a soft copy of the same for herself.

Sarah then sent the police statement to the Court of Appeal judge asking him to go through it and make changes that he deemed necessary before he gave it back to her.

The latest development poses a problem for the murder suspect who was set free on a Ksh2 million cash bail in October 2019.