MENE, MENE, TEKEL: DP Ruto and his stooges should see the handwriting on the wall

The supreme art of war is to subdue the enemy without fighting.

All warfare is based on deception. Hence, when able to attack, we must seem unable; when using our forces, we must seem inactive; when we are near, we must make the enemy believe we are far, these are governance principles adorned by Sun Tzu, the famed Chinese war strategist, and best captures President Uhuru Kenyatta’s cleverly camouflaged demeanour over the past seven years as the Head of State.

Political observers who had predicted that Uhuru Kenyatta would by now be a lame-duck President operating in the shadows of his ambitious deputy, William Ruto, may have been forced to reevaluate their prediction by the recent turn of events.

Never before in Kenya’s Independence history has a Vice President wielded more power than Ruto did during Jubilee Party’s first term in office from 2013 to 2017.

A constant presence by Uhuru’s side during that period, Ruto had a free hand to run ministries and was deeply involved in drawing up Government programmes and even supervising some. 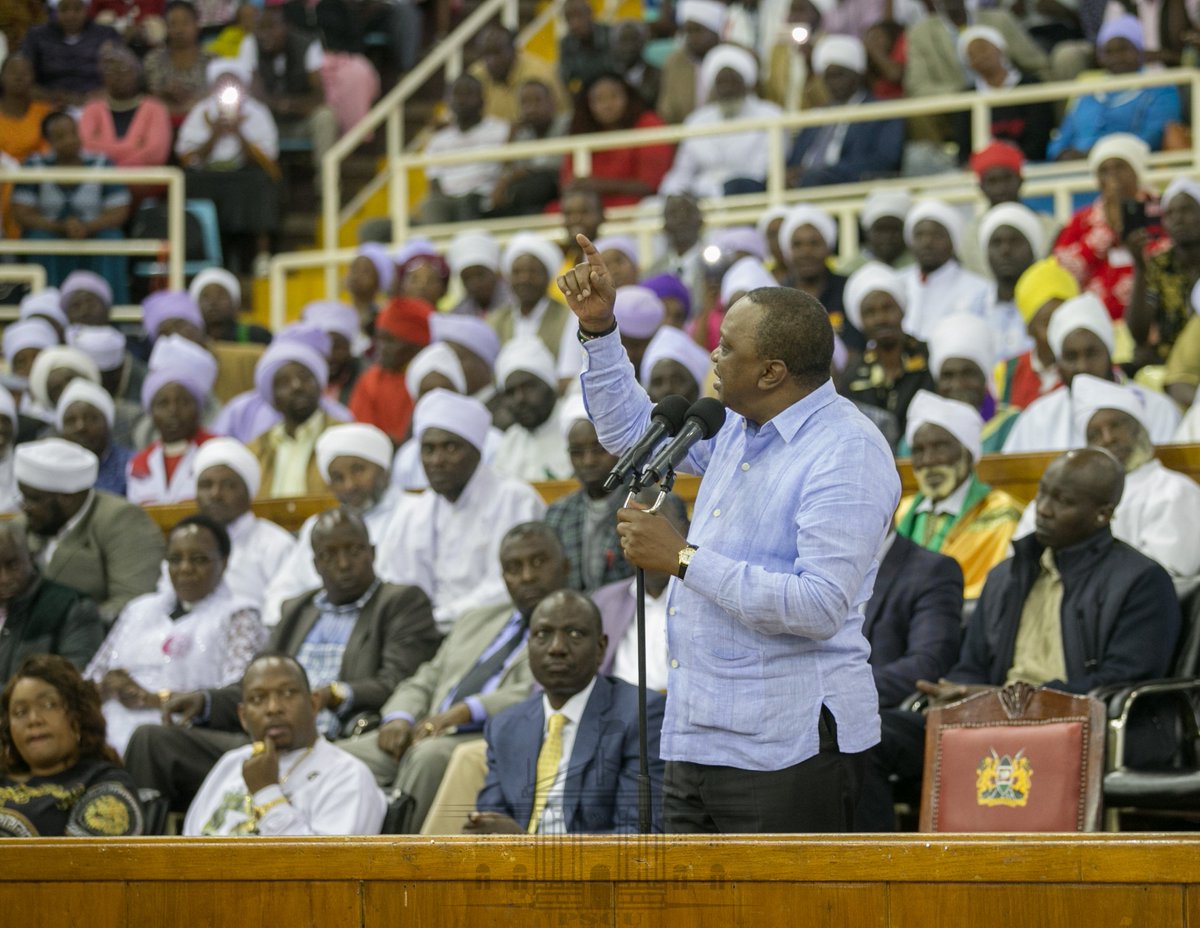 Political commentators, and some senior Government officials, quietly referred to him as the power behind the throne, or even as co-President.

Out of his 10 predecessors, no other Vice President, perhaps with the exception of Jaramogi Oginga Odinga, had the moral authority to exercise the kind of unrestrained power as Ruto did.

Jaramogi’s moral authority emanated from the widely documented gesture of turning down the Colonial Government’s offer to become Kenya’s first Prime Minister in favour of Jomo Kenyatta, whom he felt was more deserving. Kenyatta was then in prison.

Ruto’s moral authority came from the fact that he had sacrificed his presidential ambition on 2013 in favour of Uhuru.

With the new constitutional arrangement, under our messy 2010 Constitution, giving no room for changes to the running mate position, in case of a runoff, Ruto did his calculations well and jumped on Uhuru’s bandwagon as a running mate!

So, this issue of sacrificing his presidential ambition is manifest nonsense. He understood the best way to the Presidency was first becoming Uhuru’s running mate!

In doing so, Ruto and his United Republican Party (URP) went into an equal-partnership with Uhuru’s The National Alliance (TNA) and defeated their main challenger Raila Odinga, who was vying under the Coalition for Reforms and Democracy (CORD) banner.

The 2013 pre-election partnership agreement between URP and TNA gave Ruto control of half of the Government posts, among them Cabinet secretaries, Principal Secretaries, ambassadors and parastatal chiefs.

In the first term of the Jubilee, the administration is where Ruto’s powers lay. However, many people misjudged these powers to emanate from his office as Deputy President.

The 2010 Constitution made cosmetic changes to the Office of the Deputy President – changing the name from Vice President and making it difficult for the President to fire his principal assistant on a whim.

However, the Deputy President’s constitutional powers remained marginal; meaning the authority that Ruto exercised in Jubilee’s first term was largely delegated to him by his boss, Uhuru.

The personal bond between the “dynamic duo”, as they were referred to by the media, had been strengthened by the criminal charges they both faced at the International Criminal Court (ICC) arising from the 2007/2008 post-election violence. 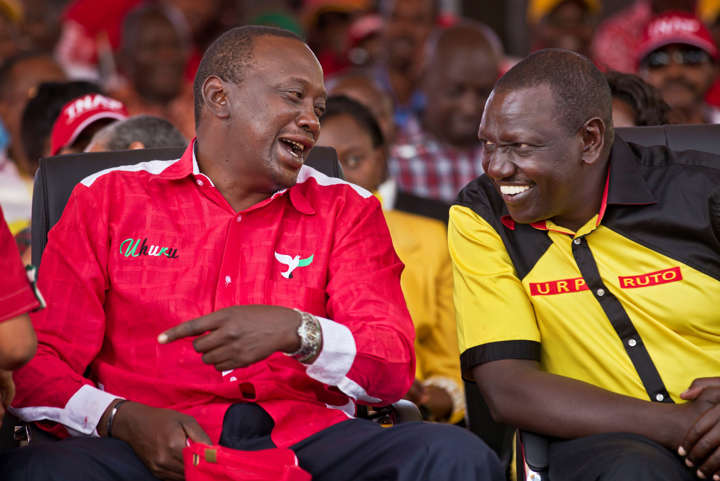 But even during that time, a number of observers in Uhuru’s inner circle had quietly voiced misgivings about Ruto appearing to overreach himself.

One misgiving they pointed out early was the manner in which Ruto tended to hog the limelight during presidential functions, often speaking inordinately long while enumerating Government projects and policies, and leaving his boss with little to say.

It is possible the President was not too pleased by his deputy’s conduct but decided to play along for purposes of political expediency, mainly his 2017 re-election.

In hindsight, a hint of Uhuru’s displeasure came from Jubilee Party vice-chairman David Murathe, who just before the August 7, 2017 General Election, told a local TV station that Uhuru would be more assertive in his second term.

“I am very sorry for people if Uhuru gets re-elected,” Murathe told KTN, “Because his agenda will be his legacy issues which will be anchored in law, order, discipline and the fight against corruption.”

At the time, many thought the words were directed at Opposition leaders, mainly Raila, who, just like in 2013, was Uhuru’s main challenger in the 2017 election.

Looking at it now, this statement perhaps signalled Uhuru’s intention to take back the powers he had donated to his deputy in his first term.

The President’s first move was to name his new Cabinet alone at State House after what appeared to have been a tussle with his deputy over names of new Cabinet secretaries.

Ruto kept away from the function, unlike in 2013 when the newly-elected leaders, clad in matching white shirts and red ties, named the Cabinet at State House.

The President’s second move was the March 9, 2018 Handshake with Raila, an event that is said to have caught Ruto unawares and which has since bitterly divided the Jubilee Party.

The President then followed with a call that Jubilee leaders should cease premature political campaigns which had been stirred by the Handshake.

His call was largely seen as aimed at Ruto whom the President derided for “tanga tanga” (wandering aimlessly) all over the country.

Either by design or default, this statement seemed to have provided the cue to Cabinet Secretaries, Principal Secretaries and heads of parastatals to give a wide berth to DP’s countrywide tours in the name of launching Government projects.

When this line was cut off, Ruto converted his “development tours” to church fundraisers which allowed him to travel around the country and sell his agenda, without seeking the blessings of his boss.

At the same time, his lieutenants in Parliament upped their raw criticism of the President and the Building Bridges Initiative (BBI) which Uhuru launched with Raila as a follow up to the Handshake.

At the same time, he and his foot soldiers in Parliament openly criticized what they termed as the President’s partisan war on corruption which they claimed was targeting Ruto and his allies.

Consequently, it forced him and his henchmen to take positions on the war on graft that was sometimes not only at variance with Uhuru’s stand, but also public opinion.

The DP even took it upon himself to criticize public institutions involved in the fight against the vice, thus raising questions about his allegiance.

He memorably criticized the Director of Criminal Investigations George Kinoti, over the amount of money lost in the Arror and Kimwarer dams’ scandal, and arguing that the DCI was being used to settle political scores.

In the impeachment of Kiambu Governor Ferdinand Waititu and the prosecution of Nairobi Governor Mike Sonko, Ruto’s associates rushed to their defence and lawyers in their fold even appeared for them in court.

Many saw this as a bold attempt by Ruto and his backers to undermine the President on the war on corruption, a fact that some of the DP’s allies loudly proclaimed in public forums.

With an eye on the 2022 presidential race, in 2016, Ruto engineered the merger of URP, TNA and other smaller parties to the Jubilee Party, despite disquiet from his Kalenjin political base.

The thinking at the time was that it would be easier to sell Ruto’s presidential candidature in Mt. Kenya through a single unified party rather than through Jubilee’s former affiliates.

But given the happenings in the Jubilee Party, this is a decision that the DP must be regretting.

The TNA-URP merger effectively ended the 2013 pre-election pact between Uhuru and Ruto which had given the latter half of the Government where he drew his real power over the first five years. With the merger, the DP had surrendered the strongest leverage he had over the President.

President Kenyatta, who is also the Jubilee Party leader, deployed his emissaries within the party to carry out the recent coup against the DP’s allies in the Senate.

A close reading of history reveals an interesting fact on the only thing Kenya’s 11th and first Vice Presidents share: The manner in which they were cut down to size by the very men they helped to rise to power.

In the three years that Jaramogi served as Mzee Jomo Kenyatta’s principal assistant, their friendship deteriorated so much over differences touching on myriad issues.

Kenyatta responded by whittling down Jaramogi’s influence in Government, the culmination of which was demoting him to Vice President without portfolio, after stripping him of his Home Affairs docket which he handed over to Daniel Arap Moi.

The writing is on the wall, its on a matter of time!