Whereas critics have christened this phase of the SGR as “a railroad to nowhere”, the benefits that will accrue from it cannot be overstated.

This launch was part of the Kenya Railways Master Plan that sets to transform the national and regional network with a view to providing efficient, safe and reliable rail transport.

For starters, this will be an efficient railway network catering for increased demand for passenger and cargo transport along the northern corridor, besides addressing traffic congestion within the urban and peri-urban areas.

READ ALSO: SGR route to open up towns for growth

Second, the railway line will play a huge role in the decongestion of the port of Mombasa as the increased capacity of transport infrastructure will meet the existing transport demand at the port. 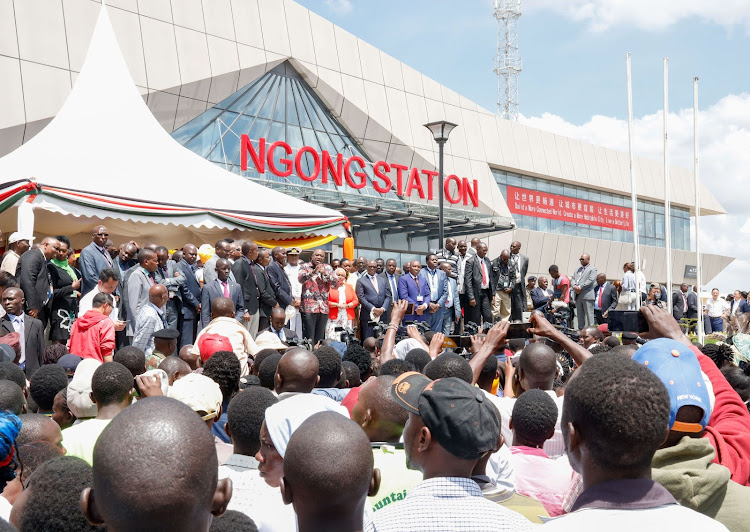 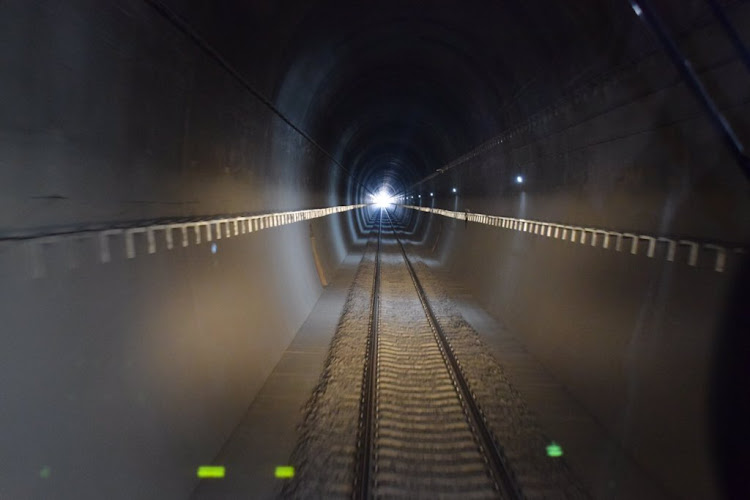 Inside Nachu tunnel on the SGR route to Naivasha.
Image: COURTESY

The region is also set to become a competitive investment destination as the SGR will lead to higher speeds, reducing transit times between destinations, and consequently, lower costs of production. Additionally, better access to markets will aid the exploitation of resources.

The design of the railway distinctly changes even before the train can enter the Nairobi National Park. For peaceful and sustainable co-existence with the animals, through the park, the train passes on top of a 6.563-kilometre bridge, hoisted by a total of 198 piers, 178 of which are within the park itself. The rail design through the park additionally features two abutments.

“With the bridge, animals, even tall ones like giraffes, can continue moving freely within the park,” says Kenya Railways. The shortest pier, the SGR management states, is 7.5 metres tall, tall enough to allow the unobstructed movement of giraffes.

The bridge at the park is just one of the two along the route, with the other located in Nol Chora. Along the route in the national park, the constructors have placed sound barriers to eliminate noise impact to animals during train operations.

The Ngong station, designed to resemble a soaring eagle, symbolising the strength of the locals, will, besides serving Ngong residents, serve a connection point for people commuting from nearby areas such as Karen and Embulbul.

This train will offer great convenience to passengers travelling to and from Mombasa, who would prefer to go straight to Ongata Rongai and Ngong, without stopping in the Nairobi CBD. It also targets residents from Ngong, Rongai and its environs working in Machakos, Industrial Area and the Nairobi CBD.

During the launch of the Nairobi-Suswa SGR section, the President also presided over the groundbreaking of the Sh 6.9 billion Naivasha Inland Container Depot. This will address the congestion at Mlolongo and the Embakasi ICD. Besides revolutionizing transport in the Rift Valley and stimulating tourism, the SGR will lead to the creation of a Special Economic Zone as a number of East African Community member states have shown interest in investing in the dry port.

Kenya Railways must be commended for introducing passenger trains from Nairobi South station to Suswa, targeting tourists and locals travelling to and from Western Kenya, Nyanza and lower parts of the Rift Valley.

But the concerns raised by critics and residents of the four towns through which the train passes cannot be wished away. During the launch, Transport and Infrastructure CS James Macharia assured residents the issues of last-mile connectivity are being addressed to ensure commuters have easy access to the train stations.

While critics have opined that the SGR fares are higher than those charged by matatus, a comparison shows the reverse is true. For instance, matatus charge Sh150 from Ngong to the CBD during peak and Sh80 during off-peak hours.

From the above observation, SGR fares are still lower than those charged by matatus. Add these to the inconvenience of traffic jams witnessed on our roads, SGR trains remain affordable and convenient.