The ODM candidate trounced 24 contestants to emerge the victor of the polls which had gained ‘national’ status following the involvement political heavyweights in the country. 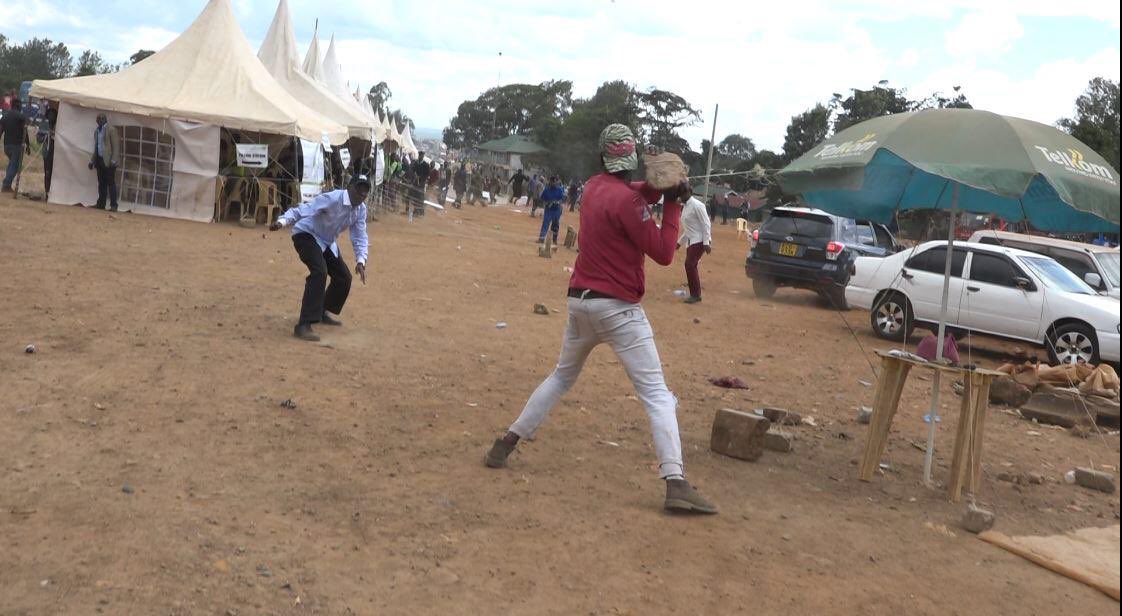 The remaining 20 candidates shared 10 per cent of the votes cast. A total of 41984 (35.38 per cent) of voters turned up to exercise their democratic rights in the polls.

In his address, Imran said from the onset he was certain he will clinch the seat.

He pledged to work towards bringing together the Kibra residents in his bid to deliver his manifesto.

“I was sure I will win. I am excited but I want to ensure Kibra people come together because this election has brought a lot of division and I want to bring all people together so that I deliver on my promise to the Kibra people,” said Imran

The Jubilee candidate conceded defeat even before the Independent Electoral and Boundaries Commission ( IEBC) announced the final tally.

Mariga pledged to work together with the newly elected MP in delivering quality services for the Kibra residents.

Kibra Constituency has been the arena on which Raila and Ruto have battled in what is being termed as a rehearsal for the highly-anticipated 2022 presidential election.

Raila and Ruto pitched the tent in the constituency in what is largely seen as the Deputy President’s attempt to send message to his once Pentagon colleague in 2007 General Election which led to post-election violence over alleged vote-rigging.

The DP is seemingly venturing beyond his Rift Valley stronghold, seeking to make new ground and allies outside of his backyard. Raila, on the other hand, was keen to demonstrate that he still has a grip on his strongholds having lost the Ugenya and Embakasi South by-elections.

And though his candidate may have not won, Ruto’s supporters say he succeeded in rattling Odinga’s base.

So high were the stakes that Odinga had to fly home from a trip in Nigeria to cast his vote at Old Kibra Primary School.

“We are in our bedroom. I want to urge our people to protect our bedroom against infestation by strangers and outsiders,” said Raila shortly voting.

Activities in Parliament were almost paralysed after both Jubilee and ODM politicians trooped to the slum constituency to monitor the voting which was marred with claims of voter bribery and violence.

Ruto who hopes to succeed President Kenyatta in 2022 appeared to use Kibra as a test ground for his battles with Odinga, whom he perceives as his greatest political opponent.